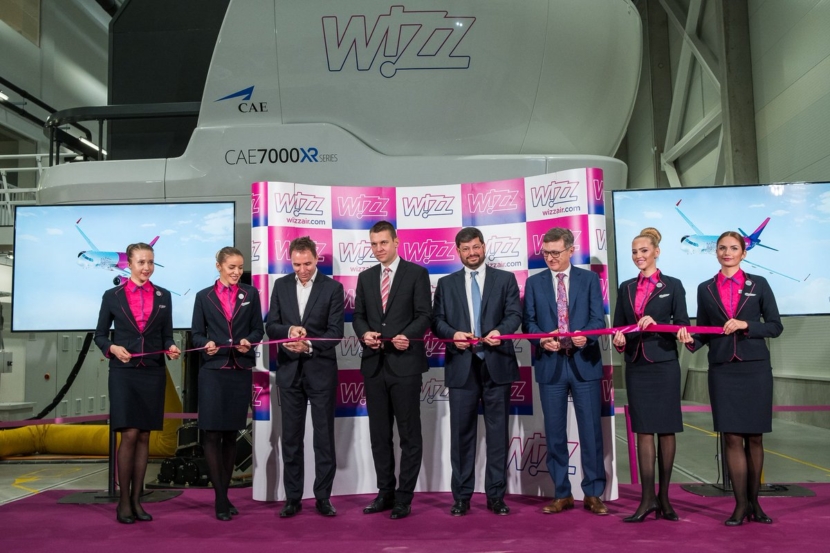 By the end of November 2018, the European airline Wizz Air with the base in Budapest opened its very new state-of-the-art Training Centre. The area of 3 800 m2 developed by WING was told to be one of the most advanced aviation training centres in Europe.

You can find there 2 full-flight simulators Airbus A320 CAE 7000XR Series, the Cabin Emergency Evacuation Trainer by TFCas and the V9000 Commander Next-Generation Fire Trainer by Flame Aviation. In the centre, there will be trained both pilots and cabin crew. The accommodating capacity counts 300 cadets per day and can host classroom trainings so as flight and cabin simulation exercises, initial and recurrent ground trainings and type ratings.

The new training centre for students of the Wizz Air Pilot Academy is the result of the investment bigger than € 30 million and it should help the airline to achieve the goal to operate 300 aircrafts.

József Váradi, CEO of Wizz Air, adds: “Wizz Air prides itself on an outstanding safety culture and we are excited to open this brand new state-of-the art training centre here in Budapest, which marks an important milestone in the airline’s history. This new facility which hosts Wizz Air’s pilot academy as well as recurrent trainings of our current crew, brings a new era in crew training and ensures that Wizz Air is ready to become an airline of three hundred aircraft and ten thousand crew members carrying a hundred million passengers per year. We are delighted to bring world class talent from all over the WIZZ network to Hungary and to train the crew members of the future at this modern all-in-one training centre.”