Vueling to train cadet pilots for Barcelona base with FTE Jerez 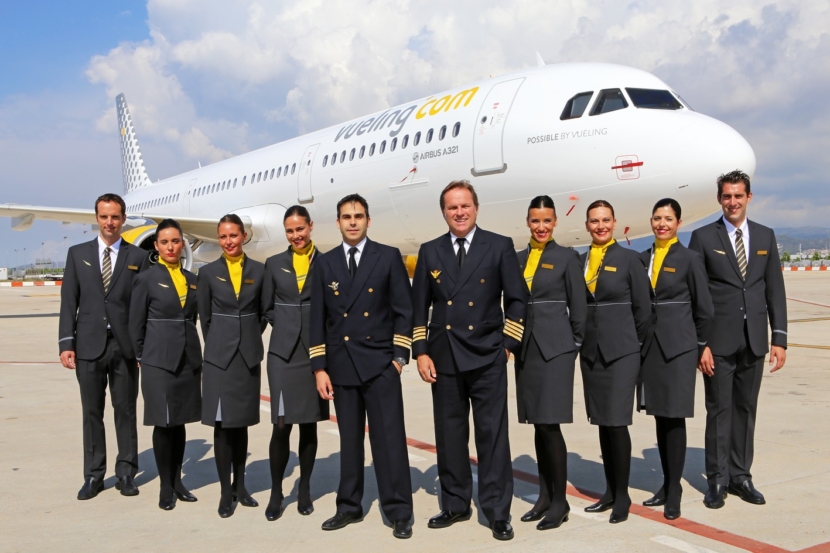 Vueling Airlines and FTEJerez made a deal and target on training of the new era of pilots who should augment the Barcelona-based crew of Vueling in the near future.

The airline provides Vueling Mentored Airline Pilot Scheme (MAPS) which aims to pick out suitable applicants aspiring on the career of a Vueling pilot. Based on the new partnership with FTEJerez, after this training, pilots-to-be will join FTEJerez and go through their Multi-pilot licence programme. This training is said to be one of the best integrated ab initio flight training programmes in Europe. Its architecture was created tailored for every single airline.

Thanks to the MPL programme, cadets can try the multi-crew atmosphere and airline SOP’s from the beginning. MPL training involve all duties that cadets have to flow to a first offices position with their crew partner. In 2009, the FTEJerez’s MPL was approved by the UK CAA. That confirms its high standards. Currently, FTEJerez becomes the first ATO to deliver an MPL training completely under the Spanish aviation authority AESA.

The Head of Crew Training Captain Alberto Hernández Guerrero asserts: “In 2012, Vueling Airlines became FTE’s first Spanish airline partner. We are delighted to strengthen our relationship with Vueling with a ground-breaking training programme which consolidate the MPL syllabus as one of the best options in Europe to train the future pilots of an airline. The fundamental principle on which Vueling Airlines sustains its operation is flight safety, which is determined, to a large extent, by the high standard training we require from our pilots. FTEJerez provides us with the certainty of their commitment to quality ab initio training, which allows us to rely on the best professionals in the sector.”

Do you think of joining the Vueling MAPS and FTEJerez MPL? Then you should follow these requirements:

When you join the Vueling MAPS, you will be under the supervision of Vueling`s Head of Training and Liaison Pilots at FTEJerez. The main strategy of Vueling Airlines is based on friendly attitude and respect so candidates should follow the welcome airline’s DNA.