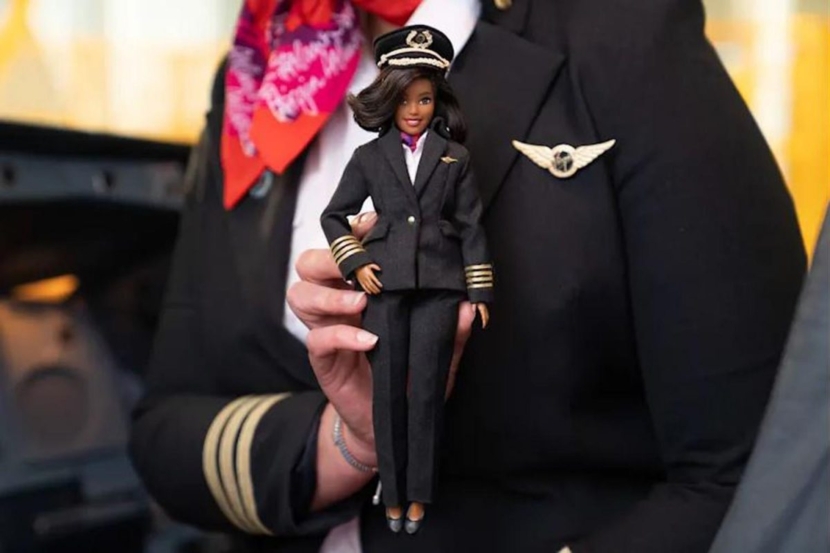 The launch of three new Barbie dolls is poised to inspire a whole new generation of girls and young women to follow a career in aviation.

In a partnership between Virgin Atlantic and Barbie UK, Pilot Barbie, Cabin Crew Barbie and Engineer Barbie have made their debut as part of Barbie’s Dream Gap Project.

According to the project, girls may start to develop limiting ideas about themselves and their capabilities from as young as age five, preventing them from pursuing their hopes and dreams. Its aim is to provide them with the inspiration and resources to let them continue dreaming about and planning their futures without restrictions or self-doubt.

The three new special edition dolls are a much-needed and timely tool to redress the balance in women’s careers. The Women’s Engineering Society says that a mere 12 per cent of workers in the field of UK engineering are female, despite women having made a significant contribution to the sector.

Meanwhile, the UK Civil Aviation Authority says that just over four per cent of UK pilots are female. While the numbers are growing, it’s slow progress.

Last year, top aerospace and aviation executives lamented the poor representation of women in their industry. They called for strengthened efforts to attract them to help plug skills shortages which could put the sector’s expansion in jeopardy. Many companies signed a charter committing to promoting women to senior roles in the industry.

British Aviation Minster Liz Sugg was quoted at the time as saying that there was still a long way to go before barriers to women’s careers in aviation were broken down.

It is hoped that the aviation-themed dolls will contribute to levelling the playing field.

The newly launched dolls are modelled on real women and have been designed with attention to detail in mind. While Barbie dolls were once famous for their curves and blonde hair, the new dolls now showcase all body types and ethnicities.

The pilot doll sports a realistic uniform with cap and wings, while the engineer doll wears safety boots, headphones and a lanyard. The cabin crew model wears a replica uniform, distinctive for its eye-catching red.

Speaking about the initiative, Nikki Humphrey, SVP of People at Virgin Atlantic, stressed the importance of changing attitudes towards women’s careers at a young age, and encouraging girls to believe that they can take on any role. The launch of the dolls will inspire girls to start thinking about careers in aviation from an early age, she continued.

Collaborating with Barbie UK is just one of the measures Virgin Atlantic has taken to promote careers in STEM (science, technology, engineering and maths) and aviation to girls and women.

As part of its Passport for Change programme where it collaborates with the charity WE, the airline seeks to encourage girls to take up STEM subjects at school and plan a career in aviation.

Every year Virgin Atlantic also holds a “Future Flyer” open day to provide information and advice to girls interested in a career in aviation, and is set to run a programme of female engineers and pilots visiting schools so children can find out first-hand what a career in aviation is like.

Referring to Virgin Atlantic’s work in promoting STEM to girls, EVP of Operations Phil Maher said that the company had an important role to play by demonstrating to girls that they could have a successful and fulfilling career in aviation.

The pilot and cabin crew dolls will be available on Virgin Atlantic flights later on this year, while the engineer doll will be released for sale in 2020.