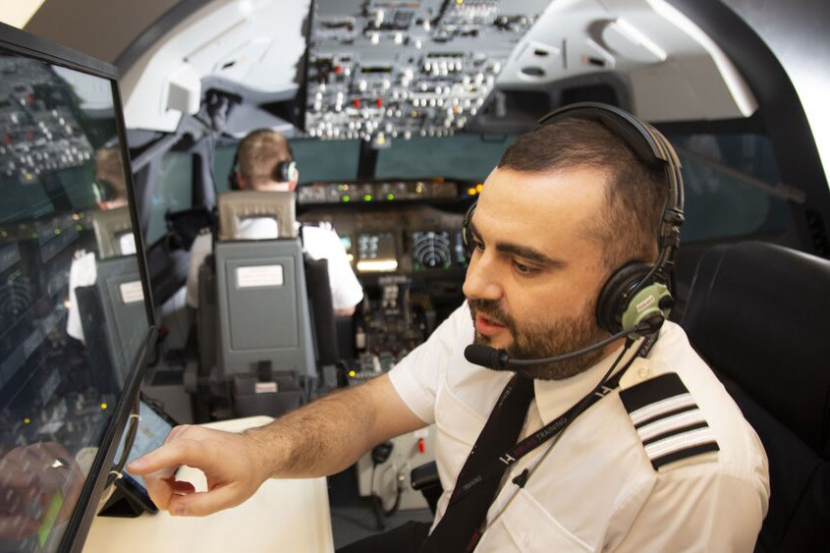 Cambridge-based VA Airline Training (VA) and Bartolini Air, which has its headquarters in Lodz, Poland, are offering the new scheme to provide state-of-the-art training and boost future pilots’ careers.

Graduates who have already fulfilled CPL/IR training with Bartolini Air will subsequently be offered the chance to finish their APS MCC training with VA, which is the only Ryanair Approved Training Partner in the entire United Kingdom.

Both flight academies have a 100% employment rate since new co-operation with Ryanair has been started.

The move was announced in February during a visit of VA Managing Director Anthony Petteford to Bartolini Air’s flight school in Poland, where the plans were revealed to Bartolini cadets.

Petteford said that both companies had a very similar approach to training, ensuring that the highest standards were met, to the benefit of both cadets and partners in the airline industry.

He continued by saying that VA was proud of its status as Ryanair Training Partner, and was delighted to collaborate with Bartolini Air in offering the three-week APS MCC training segment for students at its Cambridge base in the UK.

Petteford added that all graduates of the VA Ryanair Mentored Programme had so far continued into type rating for Ryanair and that VA was optimistic about offering the chance to many more aspiring students in the future.

Speaking about the partnership, Bartolini Air’s President Bartlomiej Walas said that it was an important development for students now and in years to come. Bartolini Air’s flight training in new Tecnam aircraft would now be complemented by that offered by VA in a Boeing 737 simulator, meaning that cadets would undergo thorough training to benefit both passengers and partner airlines.

Following on from their attendance at PilotExpo in Berlin in February, the Ryanair Training Partners appeared at Pilot Careers Live in Dublin on 7 March where Petteford and Walas answered questions from future pilots about careers in the sector.

The full cost of Ryanair Mentored Programme with Bartolini Air is €59,000 (inc. VAT), but there are several gateways to enter the programme (with different pricing). The cost of APS MCC training with VA Airline Training is £6,900 (inc. VAT).

Between them, Bartolini Air and VA can offer a full Integrated ATPL or Modular CPL/IR training programme, kick-starting future careers with Ryanair.