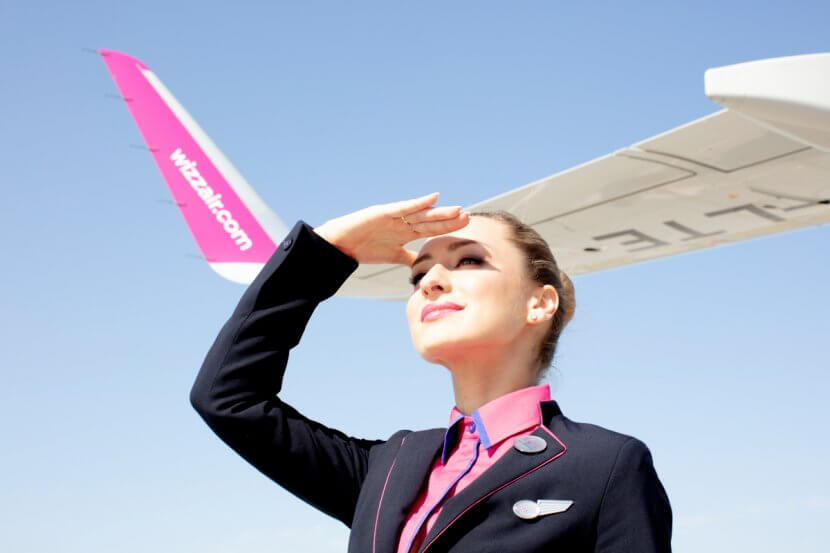 A new training programme from Wizz Air, the budget European airline based in Hungary, is helping cabin crew fulfil their dreams of becoming pilots.

The Cabin Crew to Captain programme offers travel, accommodation and financial support to aspiring crew in a schedule combining both work and study.

It aims to support employees in fulfilling their career goals to become pilots, as well as to promote gender equality in the aviation profession.

The training programme is available to cabin crew based in Bulgaria, Hungary, Poland and Romania who currently have minimal or no flying experience. It allows them to train for their commercial pilot licence while continuing to work on a one month on and one month off basis, making it possible to support themselves while they are in training.

Qualification can lead to a successful career as a pilot with Wizz, which is regarded as Europe’s quickest growing airline. The company has recently announced a number of new routes from Dortmund, Germany, Larnaca, Cyprus and Wroclaw, Poland, as well as new bases in Lviv, Ukraine and Saint Petersburg, Russia.

The innovative programme includes 22 months of ab initio ground training, combined with flight training held at Trener Flight School in Nyíregyháza Hungary for a total period of 18 months. So cabin crew can train from zero to airline pilot in 40 months.

Once students have successfully completed the course, they can enrol for additional training to become Wizz pilots. Cadets attain First Officer status after passing the final Flight Check for Release.

Amongst its aims, the Cabin Crew to Captain programme seeks to promote talent and encourage diversity at Wizz, as well as support its pledge for 25% of its pilots to be female by 2030.

Wizz plans to offer the programme to a number of additional countries over the coming months.

Video: Testimonials from cabin crew who are aspiring to train as pilots

Speaking about the programme, Captain Darwin Triggs, Wizz Air’s Head of Flight Operations and Chief Pilot, said that it was a great opportunity for cabin crew to grow their careers and succeed within Wizz Air while it continued to add to its fleet and routes. He went on to say that the programme has a valuable role in promoting gender equality and sustainable growth within the aviation sector.