easyJet continues to hire female pilots, targets for 18% women among pilots in 2019 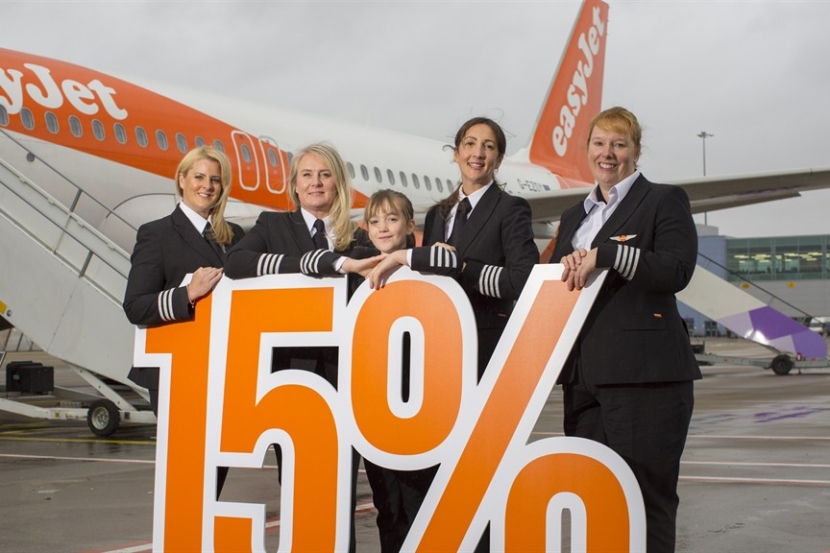 The amount of female pilots in the crew of easyJet grows. Currently, there are 222 ladies that means the company has recruited 94 new female pilots since 2015. That time, easyJet started their activities to set a gender balance among pilots thanks to Amy Johnson Initiative. The airline supposes it could hire 18% female pilots this year (an increase of 3% on 2018) and gain the peak of 20% in 2020.

In April 2018, the gender pay gap among easyJet counted about 47.9%. According the company, this was caused by the lack of gender balance in the crew. In 2015, the women share was about 6% and easyJet decided to lay out a goal to increase this number to 20% till 2020. The effort paid off and there is a 73% increase in 3 years. Other female pilots are expected as soon as they finish their pilot training which takes 18 months and more.

In 2018, 95% of people working in the aviation industry were men. Another element which affected the gender pay gap among easyJet employees in the mentioned year, based on the statement of the airline, was the growth of female cabin crew members at the expense of male community. easyJet`s cabin crew is supposed to represent more than 50% of the UK workforce in the industry so the changes in the gender balance among its cabin crew influenced statistics strongly. The airline makes pay agreements equal for men and women with same responsibilities so in this case, gender doesn’t matter.

easyJet supports the gender diversity among the whole structure of the company. It is demonstrated on the executive management team as well which 33% part are female members, in the case of airline management board, there are 36% positions occupied by women – including COO, CMO and CPO. easyJet is going to rise this share to 45% in summer 2019 because the team will be completed by Maaike De Bie as the Group Legal Counsel & Company Secretary.

Johan Lundgren, the easyJet CEO, told that he appreciates the progress in hiring more and more women and believes there is no other airline which evolves more effort on the issue of the gender pay gap. Currently, the company continues in reviewing the internal policies, processes and practices to find more ways how to improve the structure. Lundgren hopes activities of easyJet will motivate an environment to pay more attention to diversity and its benefits. easyJet offers training for people managers, female leadership programme and prepares collaborations with organisations outside of the airline.