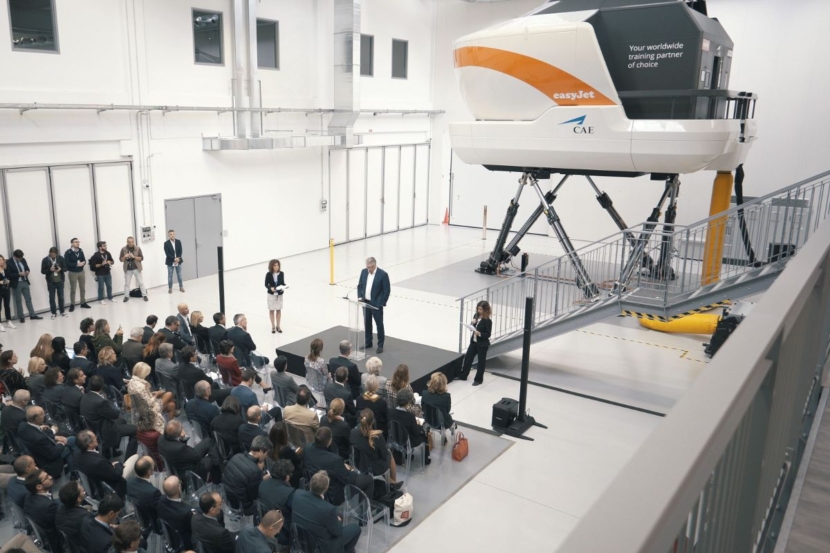 Training solutions provider CAE and airline easyJet are celebrating the opening of a new centre to train pilots in Milan, Italy which took place on 10 October.

The centre near Milan Malpensa Airport in Lombardy is CAE’s third to open within the past month and will provide training to easyJet pilots based around Europe as part of its contract with the airline announced last year.

Speaking about the new venture, Nick Leontidis, Group President for Civil Aviation Training Solutions for CAE said that the three newly-opened centres at London Gatwick, Manchester and now Milan will enable CAE to train in excess of 35,000 commercial pilots within Europe. 2,000 of these pilots in training will make use of the facilities at Milan over the course of a year, he added.

Leontidis described the centre’s amenities as up-to-the-minute, making the most of cutting-edge technology, including full-flight simulators to provide an immersive experience and increase efficiency.

CEO of easyJet Johan Lundgren added that the opening of the new training centre in Milan was remarkable in that it is one of the most innovative centres in Europe, and the first to be reserved for easyJet pilots outside the United Kingdom.

He paid tribute to the airline’s partner CAE, and described the opening of the new centre as one of the largest investments in training future pilots in Europe within the past five years.

Lundgren explained that the centre also reflected easyJet’s significant activity in Italy, ranking third in terms of the biggest airlines there. He added that easyJet employs 1,400 local people as pilots or cabin crew, and the airline has been investing in Italy for a decade, aiming to do so sustainably and with the future in mind.

Milan is one of three of easyJet’s bases in Italy, along with Venice and Naples, and was the first to be established in 2006.

Flying to Italy since 1998, the base at Milan Malpensa airport is its second-biggest in mainland Europe.

Currently, 34 of easyJet’s aeroplanes are based in Italy with up to 500 operations carried out every day and close to 19 million passengers travelling with the airline to and from Italy in the past financial year.

The new centre at Milan has as its objective the safety of passengers and crew by offering high-quality training for pilots. To achieve this, it uses three CAE 7000XR Series Airbus A320 FFSs which employ the CAE Tropos™ 6000XR visual system.

CAE is set to provide its most up-to-date 600XR Airbus A320 flight training device (FTD) kitted out with the CAE Tropos™ 6000XR collimated visual system, with easyJet being the first airline to instruct its pilots on the device. An enclosed instructor area will be added at the end of 2019.

CAE is also the training provider for easyJet cadets across Europe in aviation academies in Oxford, Brussels, Oslo and Madrid.

easyJet flies in excess of 329 aircraft to 161 airports in 35 countries every year.