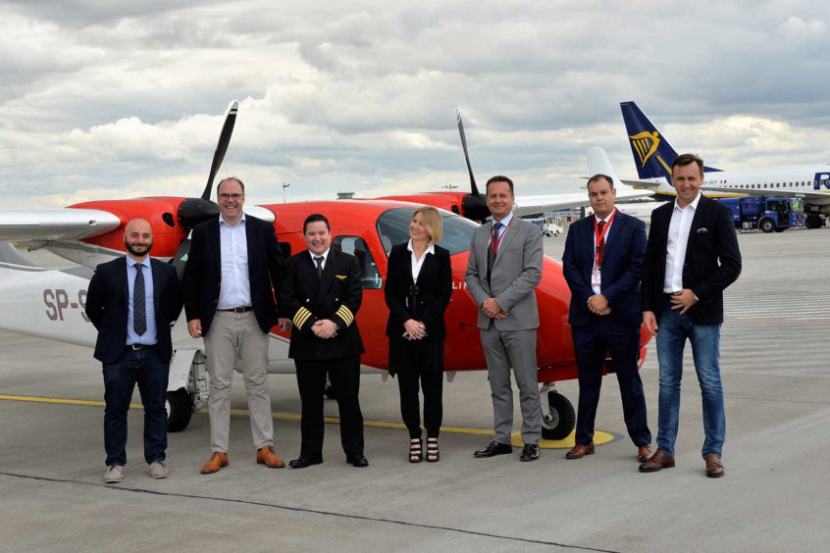 A cadet programme between Ryanair and international flight school, Bartolini Air, based in Poland, has been announced. Europe’s number one airline aims to continue to attract highly trained and skilled pilots with the Ryanair/Bartolini Air Mentored Pilot Training Programme.

Over 300 new pilots are expected to be recruited and trained by the training programme from across Europe over the next four years.

Note: Ryanair has stopped all training last week, including command upgrades. It’s expected the company will resume the training courses once B737 MAX delivery commence.

As Ryanair hopes to expand their number of pilots, new recruits can look forward to working for a company with unparalleled career opportunities. They can expect to work from 86 bases across 36 states with the best rosters in Europe, offering 5 days on followed by 4 days off with the aim of giving a better work/life balance.

The airline boasts the fastest time to command upgrade at 3 to 4 years with their structured command upgrade programme, and industry-leading success rates and training standards.

Pilots can also enjoy the youngest fleet of aircraft in any European airline which will soon include the ‘Gamechanger’ state-of-the-art Boeing 737 MAX.

With an impressive track record of training pilots to a high standard, Bartolini Air will offer Ryanair’s only mentored pilot training programme in Central and Eastern Europe.

Ryanair is the country’s leading air operator, with five bases in Poland and 12 across the region as a whole. There are currently over 100 flights into Poland every day by Ryanair planes, and Neal McMahon – Ryanair’s director of flight operations – hopes that a pilot training school in the region will attract talent from Central and Eastern Europe.

As one of Central Europe’s largest aviation training centres, Bartolini Air has already trained over 1500 pilots from 56 countries at their training bases. Many of these are already working for Ryanair.

The founder and president of Bartolini Air – Bartlomiej Walas – has touted the Ryanair Mentored Programme as an exciting and fulfilling opportunity for pilots to train in a modern fleet of single and twin-engine planes and simulators in a professional capacity that will fully prepare them for working as a professional pilot with Europe’s largest airline.

Up to 1,000 pilots per year over the next half a decade will be trained according to Senan O’Shea, Ryanair’s head of crew training captain. With a steady emergence of highly talented and well-trained pilots, the needs of the growing Ryanair network will be met. Pilots can look forward to unrivalled opportunities as they fly with the world’s number one international airline.

Bartolini Air was chosen by Ryanair to train its pilots due to their high standards in initial pilot training, and a long and successful merger between the two will lead to shared expertise and higher quality of training.