What is Pilot Flying / Pilot Monitoring?

Most airliners are certified as multi-pilot aircraft. Generally, two pilots are required: a Captain and a First Officer. When in the plane, the Captain sits on the left-hand side and the First Officer sits on the right-hand side. In a helicopter their places are switched.

The Pilot Flying is responsible for all the activities which directly affect flight path management. He/she flies the aircraft during take-offs and landings and operates the autopilot during the flight (correct usage of the individual modes, setup for approach and landing, etc.).

The pilot monitoring monitors the course of the flight and is responsible for radio communication with ATC, flight attendants, and passengers. Furthermore, he/she maintains the flight plan, monitors fuel, reads checklists, and operates the landing gear and flaps.

The pilot monitoring is sometimes also referred to as the Pilot Not-Flying (PNF).

The main reason for dividing the tasks between two pilots is to eliminate human error. The Pilot Monitoring is not piloting the aircraft and therefore has sufficient capacity to check all the activities of the Pilot Flying – this is referred to as cross-check.

Swapping roles during the flight

Under certain circumstances the roles may be swapped during the flight. For example, when the weather in the destination changes (e.g. strong cross-wind) and the co-pilot flying is not sufficiently experienced in such landings, the crew may decide that the Captain will become the Pilot Flying and the co-pilot will only monitor the flight during landing.

Regardless of the role (PF or PM), it is always the pilot in command (Captain) who is ultimately responsible for the safe operation of the aircraft. 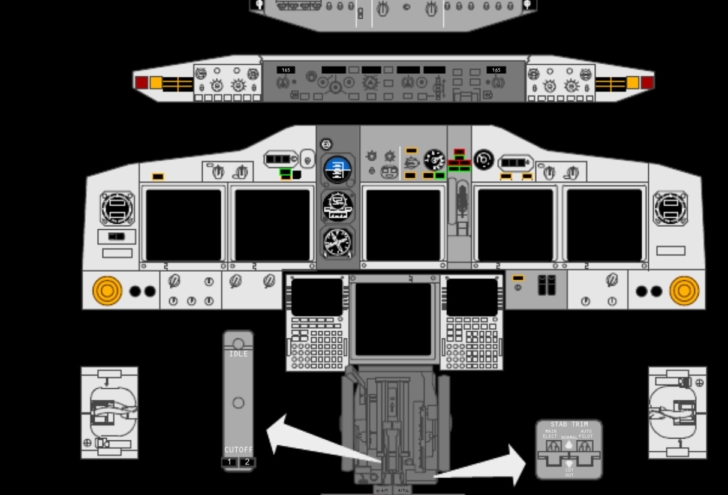