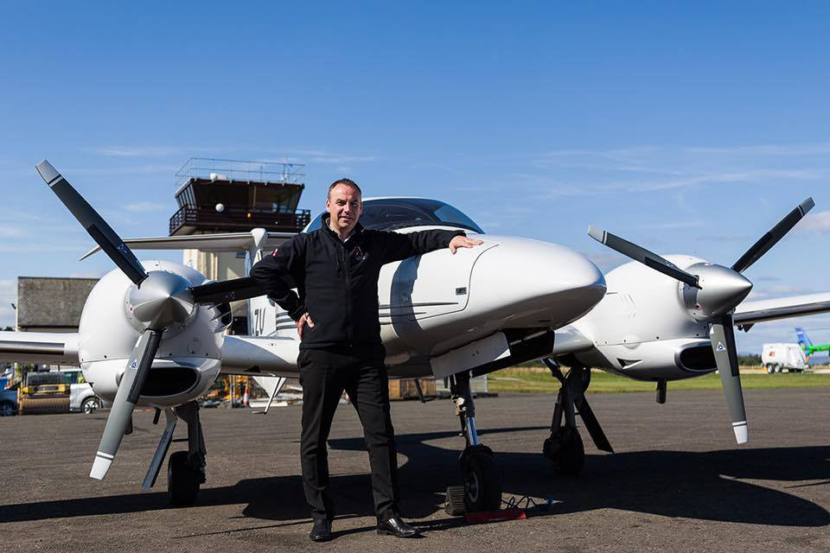 ACS Aviation has revealed its plans to become the biggest flight academy in Scotland following a £2 million investment.

The investment plan follows news that the Perth-based flight school is expecting a 26% increase in turnover in a year that saw it train over 115 pilots.

The investment will be used to purchase extra flight simulators and twin-engine training aircraft to meet the increasing demand for trained pilots from airlines based in Europe. The flight school currently operates Alsim AL42 fixed base flight simulator.

This will bring ACS’s fleet to over 20 in number and will secure its place as the largest flight training school in Scotland. ACS Flight Training operates a mixed fleet of Cessna, Piper and Diamond aircraft.

The school has increased the number of its employees three-fold in the last three years to a total of 40. And for the year ending 31 March, its forecast turnover is predicted to increase from £1.9 million to £2.4 million.

Speaking about the investment, CEO Graeme Frater said that currently, 34% of air traffic worldwide is in Europe and that experts predict this to increase by 113% by 2037, prompting ACS to expand its facilities to train more pilots.

According to Boeing’s prediction, there will be 148,000 new pilots needed over the next 20 years.

As well as expanding the engineering and pilot training offer at Perth Airport, ACS is negotiating with other airports to grow its aviation service throughout the UK, he said.

ACS has collaborated with Scottish Enterprise on providing aircraft engineering modern apprenticeships and graduate openings to enable this growth.

The pilot academy has also started to offer flight instructor sponsorships and flying scholarships to address the issue of the cost of training.

Its aim is to provide information and advice to young people aspiring to become commercial airline pilots, and point them to career opportunities in the industry. If you wish to attend the seminar, there are still 10 tickets available (according to Eventbrite). The cost of the ticket is £10.